This post should have been published on 27 May 2017, but I don’t know what happened. lol

“dictionary.com” define it as the law temporarily imposed upon an area by state or national military forces when civil authority has broken down or during wartime military operations.

I don’t want to elaborate and explain further since I am not an expert, what I will share with you is my first hand experience in our city after it was declared.  If you are a Filipino, you must have been taught how Martial Law affected and destroyed the lives of a lot of Filipinos in 1972-1986.  Here are some facts about the 1972 Martial Law:

Marcos declared Martial Law due to the threat of communism.

He did not need the Congress’ and the Supreme Court’s approval.  The possibility of overriding the proclamation was not opened.

The military took over the civilian courts , and Congress was eventually  abolished.

It lasted more than 20 years, with no legal minimum & maximum terms.

“My countrymen, as of the twenty-first of this month, I signed Proclamation № 1081 placing the entire Philippines under Martial Law…

With the above things in mind, another Martial Law would be really scary.  However, let us remember that the constitution was amended and our lawmakers ensured that when it would be declared again, we would have safety nets.  That ordinary citizens will be protected and no one can abuse its power.

Please note of the changes from 1972 to the present:

The President can only proclaim Martial Law  if the country is under  threat of invasion and/or rebellion.

The proclamation should be affirmed by Congress, then reviewed by the Supreme  Court, and after 48 hours, Congress may revoke it via majority vote.

The judicial and legislative branches would still function and would still be headed  by civilians.

It should not exceed 60 days, unless Congress will agree to extend it.

See? There is actually nothing to fear.

As you might be aware by now, Mindanao – which is part of the Philippines is currently under Martial Law.  Here are the stories:

However, instead of the Filipinos being united and helping each other during this time of crisis, our president’s critics took this chance to question his decision to declare martial law.  A lot of people from the north started panicking and organised protests asking for the martial law to be removed.  Claiming that they for Mindanao and for Peace. These people are already accusing the government of abuse of power and that our freedom will be taken away once more.

These people who keep whining and complaining are actually doing nothing.  People in the affected areas are struggling to survive. They have to move away from their homes and relocate somewhere else.  Shouldn’t all of us try to help them and do our part as their Filipino brothers and sisters?  Should this be the perfect opportunity to unite and send our love to the victims? Why are there people trying to use this incident to insert their personal agenda and divert the attention of the public?

I am in DAVAO… I am in MINDANAO… Yes, there are dangerous areas here and we are glad that the government is doing their job to protect us. Right after the Martial Law was declared, more policemen were deployed around Davao City.  We are not scared… We feel secured… We hope that this terrorist group would not come here and that they all get destroyed.

Here are some of the photos around the city I took earlier today. 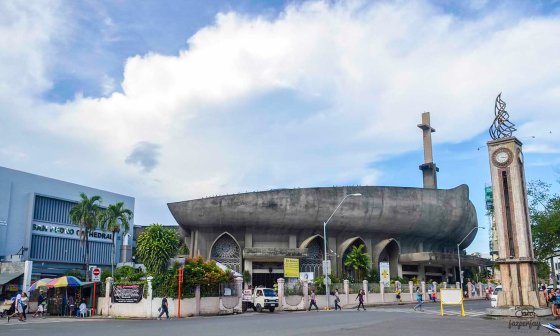 To all the people up North – the Capital, the Media… Stop using us to say what you want.  Stop speaking in behalf of us. We need help here… We need your love and support. Why can’t you put your hate for the president somewhere else for now and focus on the things that matter? 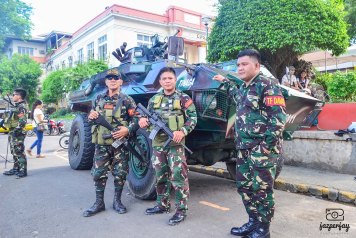 Can we take this chance to be better people and do what is right? Can we give PEACE a chance?

I pray for all of us Filipinos to be united and hope that those victims be brought to justice.

Don’t be afraid of Martial Law! It is high time that we put an end to all these terrorist groups in Mindanao (who have been here for the longest time). Let us all start trusting our Government, but remaining vigilant!

I support Martial Law and thankful for it because I know for a fact that this current government is doing its best to stop the terrorist. With this in mind, I can see a glimpse of hope that true freedom & progress in Mindanao can be achieved. 🙂

One thought on “Thank God There is Martial Law!!!”