I am not really a music fan but I know good music when I hear one.  Last January 23 I went to Eastwood for the first time.  When me and my friends arrived, a group of performers were still trying to prepare their musical equipment, so we just passed by them.  We roamed around for a few minutes and went back where we came from to look for a place to eat.  When we got there, we were surprised to see a lot of people listening to some performers.  We don’t know who they were so we decided to stay for a while and listen.

BANG! They were AMAZING!  The singer sang really well and nailed every song he sang. He has even better versions than the original singers.  While they were performing we noticed something infront of them.  There was a donation box and what surprised us more is that they were performing for the benefit of Children with Cancer at PCMC.  Nowadays it’s very rare to find people do something good for other people especially celebrities.  Most of the times celebrities ask media to cover their acts of helping. 😉 But this group? No one was there. No media from any TV networks. They were just performing and asking any amount of money the listeners or passers by could give. They call this event musiKARAMAY.  And their group is called CLIMAX.

After seeing and hearing Climax perform, I instantly became a fan.  Two of my favorite songs that they performed are Wrecking Ball and Love on Top.  Two songs originally sang by women singers but the lead vocalist has better versions of those songs.   Another interesting thing about this group is their lead vocalist.  He wears a mask everytime he performs.  and I don’t know why! hahaha  I think it’s working effectively coz’ it adds mystery to their group.  I think it’s his way of saying to judge him not by his looks but by his talent. 😀

Since I wanted to know them I visited MusiKaramay’s facebook page (https://www.facebook.com/musikaramay).  That’s where I found out about Climax’ members.  They are Max – vocalist, Stanley –  drummer and  Khem & Oman – guitar.   I was also informed that Musikaramay started with the BLIND MUSICIANS on the street.  They wanted to help them earn money.  That’s why Musikaramay was organized in October last year.  Their mission is to UNITE the musicians all over the world and take the PURPOSE of music to the NEXT LEVEL- that is to BUILD LIVES.

Climax also performed for the benefit of the Yolanda victims.  Check this -> http://n5e.interaksyon.com/top/9D329C430156468/1001/musikaramay-para-sa-nasalanta-ng-bagyong-yolanda

They have also performed with Eumee Capili (PGT Finalist) and Luke Mijares.  They are still hoping to work with more artists.

Here are other photos I took while they were performing: 😉 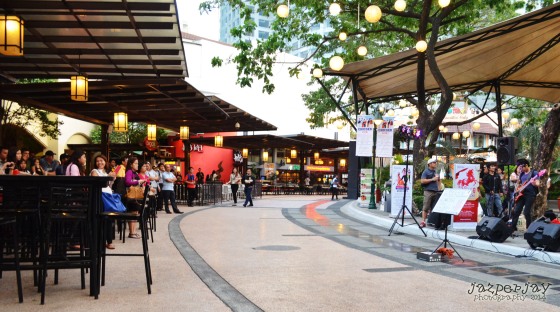 A lot of people were just passing by then stopped to listen to their music. 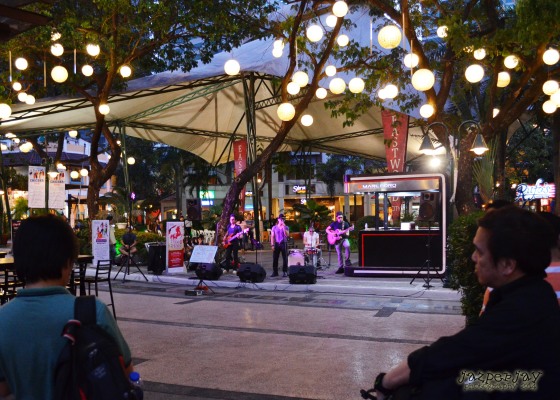 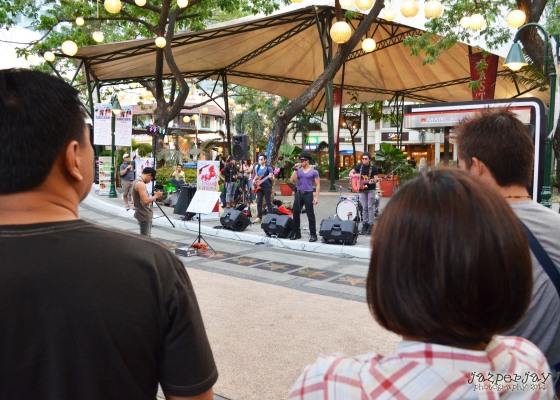 What I like about them is that they are not just good performers but kindhearted people as well. We need more like them in our music industry. They perform not just for themselves but for those in need too.  God Bless these kind of people. 😀

For more info about the band and MusiKaramay please check the following pages:

Music is the movement of sound to reach the soul
for the education of its virtue.
-Plato

8 thoughts on “musiKARAMAY – “Music with a Purpose””

There was an error retrieving images from Instagram. An attempt will be remade in a few minutes.